This is the blog of Richard Munn, where I’ll mostly share interesting technical stuff and code snippets

Manipulating SVG for fun and profit

Posted on September 17, 2020
In the beginning Having done the traditional “canvas + sprites” rendering last year, this time around I decided to try something different. Again I decided to go with a “80s arcade” feel, this time going for old vector based games like the classic Tempest. I decided I wanted to learn more about how SVGs work, and after a little research, I had a basic glow effect and some animated boxes moving around [Read More]
#js13k  #code  #js  #games

My second year in js13k

Posted on September 13, 2020
As with last year, I entered the #js13k competition again - this time it’s another retro inspired game, taking cues from Tempest, Captain Blood, and Rez, among many other things. Again it was tough to cram in everything I wanted (I came very close to skipping the ending entirely, and just ramping up difficulty instead!) Great to have another game actually out there in the wild. https://js13kgames.com/entries/the-legend-of-yeti-404 As with last year, I’ll write up some notes on the development of this soon! [Read More]
#js13k  #code  #js  #games

The Trouble with Tile

When your Thing Finder gives a false sense of security

Posted on October 3, 2019
I’ll be the first to admit I have a terrible memory. I can put something down, and thirty seconds later will have no idea where I put it. Because of this, I’ve always loved the idea of Tile. However I was deeply sceptical about their original offerings - these early devices were designed with planned obsolescence as part of their business strategy - they only had a year’s battery life, after which point you’d be offered a discount to buy a new model for the next year. [Read More]
#tech  #iot

Fitting a quart into a pint pot

Posted on September 17, 2019
The game concept I’d had an idea of making an 80s style arcade platformer for a while now - something in the style of Bubble Bobble or Rainbow islands, where you have to clear a screen of enemies to progress to the next stage. Being not that great at producing graphics on my own (or at least anything animated), I started with the 1-Bit Pack from kenney.nl as it contains a good selection of tiles, and most importantly an animated main character. [Read More]
#js13k  #code  #js  #games

My entry this year for the competition 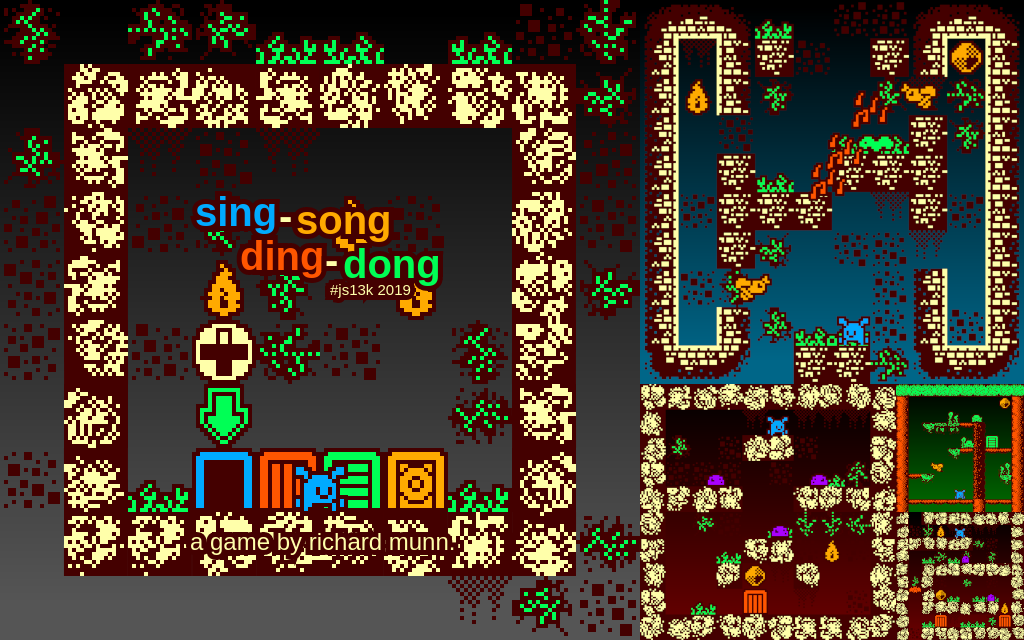 My entry for the #js13k 2019 competition is now live - I’m glad to finally get this out - I had to cut lots of things, because of time and space constraints, but feels good to have something complete out there!

You can give it a try here:

Here are an assortment of small snippets that I’ve built during my 2019 js13k competition entry - I hope they’re useful to other people too!